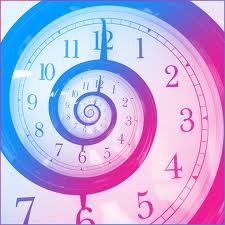 My coworker came in with a magazine called Atlantis Rising. Never heard of it. It had an article about Fukushima refugees’ time travel claims to Japanese authorities though! Crazy!

I had to read the article. Niggas are saying they’re traveling back in time through portals and gates of light and shit out there now. This doctor named Risa Imai is the one doing all the research, and he said all of this shit is highly possible.

One story is a group of people in a van driving near the disaster site say they drove through a cloud and came out seeing a village from the 19th century. They said everyone saw it and the shit was as real as it got for them.

Another one is of a dude who says he went back to a specific date in 1981. He said he knew the date because he saw a dude he recognized from his rookie year as a police officer. This guy says he was talking to dude about shit from that year as if it were the present.

A third story is of a woman who says her husband went through a portal, came back, laughed it off, tried it again and hasn’t been back since. She filed a missing report with the police. He may have liked what he saw and said fuck it.

Apparently this same shit happened in Chernobyl when a bunch of people saw a huge WWII zeppelin flying around like it was 1942. The Chernobyl disaster site in Russia is claimed to be the worst nuclear facility disaster on record, so there is validity.

The Japanese are smart. They need to figure this time travel shit out so we can all benefit! I know there are plenty things I wanna go back in time to see and do. This shit is crazy!

The mind of a black man trapped in a cynical world. END_OF_DOCUMENT_TOKEN_TO_BE_REPLACED
This entry was posted on Thursday, August 25th, 2011 at 1:24 pm and tagged with accelerator, atoms, CERN, dilation, Fukushima, imai, Japan, muon, nuclear, particles, reactor, time, travel, universe, waves and posted in Theory. You can follow any responses to this entry through the RSS 2.0 feed.
« Green Crack And NY Double Diesel
Should Americans Leave America Now? »