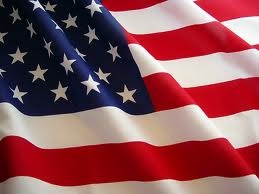 With all the doomsday theories still worth their while, it continues to make me wonder, “is now the time for me to make a move out of America for good?”

I can’t be the only one that feels this way right now. I actually know that I’m not. The fear of an ending economy and government incompetence has to make any American feel insecure about their living in this country.

The idea of moving to another country is not an outlandish thought nowadays. It’s far more simple than it was even a decade ago. With the addition of social networks, online banking, and the ever-present mobile device phenomena, most people can make global and international transactions and travel plans in 30 minutes or less.

The question of going abroad is easier to make. The question of moving to another country to live is still enchanting, and I believe has a bit more time to develop as an easy decision. Regarding that moving to start a new life anywhere isn’t easy.

Why leave America though? Well, money, safety, and posterity would be my main factors. American economy is surely waning. With uncanny natural disasters in peculiar parts of the country, terrorism threats, and more adversary from prospects like China’s up and coming defense, a family’s future in America is of concern.

Then there’s the one remaining question. To where? I believe the western hemisphere still has plenty to offer. The caribbean is usually an American’s vacation go to choice, so to move there would not be far off. But in terms of economic benefits, to go where your dollar still has bang is what I think is the best choice.

Since the dollar is losing to the British pound, the Euro, and the Australian dollar, that leaves you with the rest of the world! It seems like the dollar still reigns regal for the most part. Countries like Singapore, Brazil, and South Africa can compare lifestyle wise and still offer you a good cash in for your filthy American dollar.

I don’t think moving to another country answers all the issues boggling our minds about the current state of America. The question still remains, and the accessibility is far more feasible than before. Why not figure your own American escape route? Seeing the world is always beneficial. I would move if the opportunity was ripe.

The mind of a black man trapped in a cynical world. END_OF_DOCUMENT_TOKEN_TO_BE_REPLACED
This entry was posted on Thursday, August 25th, 2011 at 5:17 pm and tagged with 2012, America, anger, apocalypse, armageddon, disaster, economy, end, fear, government, patriotic, world and posted in Money. You can follow any responses to this entry through the RSS 2.0 feed.
« Japanese Niggas Travel In Time
Stuck Up Black Bitch »