Funk Flex Should Have Texted HOV Back

Funk Master Flex made the critical mistake that a lot of Black people make in business, and that is becoming emotional. Under no circumstances was it or is it ever okay to publicize your private business conversation before you and the individual you are doing business with have collectively resolved your business matter and or subsequent business transaction. Whether Funk Flex understood that HOV was reaching out to him for business or personal matters is a nonissue. He may now have ruined a good business opportunity which could have benefitted both individuals, or at the least found out some vital information that could have aided in his further success.

As comical as the radio rant may have been, it did not add any substantial nominal gains for his brand and it probably strained a good working and beneficial business relationship. It was simply immature and exhibited poor business etiquette and lack of savvy.

Richard Sherman Just Made The Super Bowl Even Better

This is how NFL post game interviews should be every time.

We goin to the playoffs fool!

Somewhere and sometime ago I said it would end with Dallas in seven. I was wrong, it was Dallas in six. The Heat don’t suck, but they can’t beat the Mavs in the fourth quarter, and none of them could stop Jason Terry off the bench. I told y’all Terry was the Mavericks’ advantage.

Anyways, it’s still go Rockets in my book. Shouts out to Dallas for winning the big one for the first time in franchise history. Best of luck to the Heat next year, and I hope LeBron doesn’t go fuck someone up for talking major shit about him and fuck around and get locked.

And what’s messed up is, Reggie Bush been gone for over half a decade and has a NFL title under his belt already. I think this measure is too late to even matter, and should have never went through. No money is expected to be returned, and the student body are the only losers from this.

USC has gone through a lot the past few years. They got their football scholarships lowered, and got banned from bowl games for a couple of years. The new recruits are suffering from what some awarded alumni have long forgotten about. The punishment is simply not fair.

Hopefully Los Angeles can get the Raiders back like they have been rumored to be talking about doing, because I think this USC debacle will have some lasting effects on football in the L.A. metro area.

Aye, What Channel Does Hockey Come On? 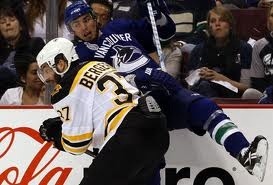 The Stanley Cup is on!? I had absolutely no clue. It’s funny because it was on around this same time last year, and the year before. Since I haven’t watched NBC on a normal basis in who knows how long, the chances of me catching any bit of the series is -1 in 0.

Aside from the fact that I have never watched a complete hockey game on television, there’s no need for me to venture to NBC, especially since the NBA finals are on ABC. Oh yeah, and the basic tv channels never get any attention from me unless big televised events of my interest are airing.

Hockey can only retain my attention when there’s a fight, plain and simple. I discussed this factor when I was talking about the Indy 500 and I equated hockey fights to racing car crashes. I know, childish right?

The Boston Bruins VS Vancouver Canucks, and I have no idea who the fuck is better. The Canucks got the series lead 2-0, and since I don’t know who’s good on either team then I guess the Canucks are. I can’t wait to not care who wins the Stanley Cup this year! 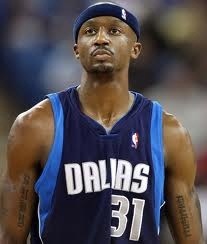 I just wanna point out a few stats about game 2 that might shed light on the lopsided advantage Dallas has over Miami.

That there is where the game was truly won. Lookout Jason Terry, Miami will be doing their best to make up for this loss in game 3. 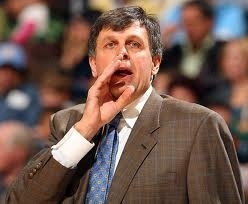 Kevin McHale just got hired as the Houston Rockets new head coach. This is a pretty big step for both the Rockets and McHale because McHale has yet to coach a NBA team for an entire season. The only thing I gotta say is, No Yao!

This is good because the Rockets need a new start. We’ve been tinkering around with the same jacked up situation trying to form a team around Yao Ming. At this point, any change would be greatly appreciated, as long as they get Yao the fuck outta town.

I hope Kevin McHale can bring the winning spirit back to the Rockets franchise and lead us to a championship. We can’t say he sucks at coaching, because the little substitute coaching he did in Minnesota was not a failure.

After 19 seasons, Shaq retired today … via Twitter! Somebody please tell me no one else has quit their job via social network. Shaq, you the man for announcing one of life’s biggest decisions in the most casual way possible.

Shaq did his thing in the NBA though. He won four championships, one with Miami and three with the Lakers. You have to expect to see him in the Hall of Fame.

I was always a fan of Shaq, even when he played for the Lakers, and all through his crazy times in Miami. He had a few controversial stories rise about his life off the court within the last five years, but he’s still one of the greatest.

Good job Shaq. Your presence will be missed on the court. 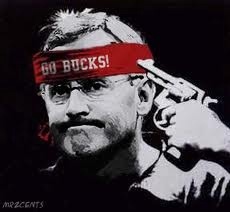