I’m In Love With The CoCo: A Critical Analysis

“Con coco o sin coco?” Is what brothers and sisters ask when you ask them if they have any weed to smoke in the Dominican Republic. With cocaine or without cocaine? In the Dominican Republic cocaine is a more socially accepted drug of choice than marijuana. Weed is actually looked down upon in the way smoking crack is looked upon here in the United States. This was a very bizarre state of affairs when I realized the ramifications of such a construct. This meant that in the Dominican Republic, I was a crack head and the coke heads were the laid back stoners. My how the truth can be malleable and ambiguously obscure.

When I went to a close friend’s potluck a week ago, who is actually Dominican himself, I kept hearing him and his cousin yell out “I’m in love with the coco!” They finally played the video for everyone and we all were glued to the monitor as we watched a man sitting at a kitchen table with his friends, seemingly spreading powdered cocaine over it with playing cards and rolling up blunts. How simply sensational of a sight I thought! Who cannot relate to this image? How can you not see how relevant this scene is? I thought all of this at the same time as I thought how disgusting the video was. The mundaneness of what Hip Hop or Rap has degraded to. Who could support such garbage! These were the conflicting debates floating in my mind as I continued to stare and listen to what one of our good friends from college described as a nursery rhyme. He was right. The lyrics were so simple a two year old could recite and comprehend them after one listen. It was actually kind of disturbing to think of the influence this video will have on younger viewers.

It was stuck in my head. I walked home with my girlfriend singing “I’m in love with the coco” out loud. We would both laugh and shake our heads at our own senseless embarrassment and juxtaposed affinity for the simple yet catchy tune. I asked her to play it again when we got home. We watched the whole thing, twice. I watched it again, alone with my headphones. I bobbed my head. I lip synced the single syllable lyrics to myself. I smiled at the screen. I enjoyed it. It was addictive.

The beat! The foundation of the auditory retention is the low frequency of the sub bass line in the background music. The engineer of the musical score synthesized the reverberations of the low tones very well, and in unison the sound effects which work congruently with the bass are mesmerizing. If there were no lyrics, the song will still have a profound affect onto the listener. I can imagine watching the video with the instrumental only and still fully understanding the theme of the song. Without a doubt, like many other current rap hits, the beat carries the song and without it I sincerely believe it would not work or feel the same. The producer and his engineer did an excellent job.

The lyrics are simple, as already stated. However, the lyrics are contrasting to what is the current political atmosphere in the Black community. Whether Genasis intended to cause a debate or not is not the question. He has most certainly done so. While at my friend’s potluck, I recall a divide amongst all who were watching the video. Some loved it. Some hated it. I did find myself somewhere in the middle. The melody of the lyrics and the cadence of the rhyme took me back to “con coco o sin coco” in the Dominican Republic. It reminded me of a time and place when and where I was unsure of my political stance on drugs and what is socially on the fence, and what is totally overboard. I will not promote violence and I believe guns should be used only for protection, however I was reminded of the G Thang video when the guy had the pistol tucked into the back of his pants while working the barbecue pit. The guns looked real and I looked at them closely. I was drawn to them the same way I have always been when watching a movie or television show. This video was no different. This was a good rap video. If we must separate Hip Hip and Rap to achieve a sense of clarity and social aptness in our culture and responsibility to our community then I say this is an excellent rap video.

Whether Genasis will stand the test of the fickle music industry is oh but yet to be seen. I for one could not care less how things play out, but best of luck to him and his family. As for this record, very disturbing yet highly intriguing. It is extremely interesting how the same thing can be done in so many ways and still one out of the million appears and feels so different. This one was like tasting something different in a corner store bottled water and thinking “wow, what is this?” Only to look and see it is Poland Spring with a new logo and feeling unconsciously satisfied with what you perceive as something new.

Protected: The Revolution Of The Dreamers: Brainstorm

I Guess I Shouldn’t Mind Bein Forced To Go See This.

Two brothers finally reconnect with a long lost karate instructor. The flashbacks of the abuse he inflicted on them enrages one of the brothers to now seek revenge.

Being A Rapper Nowadays 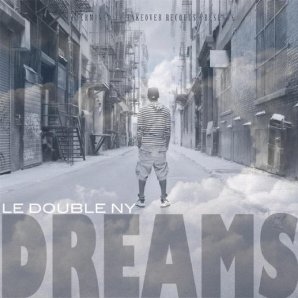 Pearson is an up and coming rapper who goes by the stage name Real Rap. He hates his nine to five job and feels trapped in a corner. He finally gets his big break when he gets signed to a major record label. Things get tough when he sees how it really is to be a star.