Cell Phone Use ‘Possibly Carcinogenic’: WHO 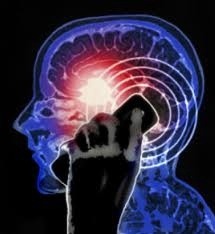 The World Health Organization, or WHO, sent 21 scientists from 14 countries on a mission to try and find the answers to some obvious ass shit. The answer that lithium, copper, gold, aluminum, plastic, and a combination of radio signals and electrical charges really close to your brain all day, everyday, has negative carcinogenic side effects.

We been knew that shit, nigga!

That’s why we be sendin’ calls straight to voicemail, declining them shits, text messaging, tweeting instead of answering calls, etc. I’d rather have hand cancer than brain cancer.

The mind of a black man trapped in a cynical world. END_OF_DOCUMENT_TOKEN_TO_BE_REPLACED
This entry was posted on Tuesday, May 31st, 2011 at 2:21 pm and tagged with brain, cancer, Cell, Phone, risk, science, technology, tumor, who and posted in lifestyle. You can follow any responses to this entry through the RSS 2.0 feed.
« What Do Up & Down Mean?
Chinese Video Game Prisons »