Funk Flex Should Have Texted HOV Back

Funk Master Flex made the critical mistake that a lot of Black people make in business, and that is becoming emotional. Under no circumstances was it or is it ever okay to publicize your private business conversation before you and the individual you are doing business with have collectively resolved your business matter and or subsequent business transaction. Whether Funk Flex understood that HOV was reaching out to him for business or personal matters is a nonissue. He may now have ruined a good business opportunity which could have benefitted both individuals, or at the least found out some vital information that could have aided in his further success.

As comical as the radio rant may have been, it did not add any substantial nominal gains for his brand and it probably strained a good working and beneficial business relationship. It was simply immature and exhibited poor business etiquette and lack of savvy. 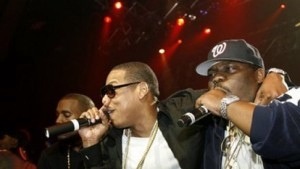 Beanie Sigel spoke with XXL Magazine today and apologized to Jay-Z for his 2009 diss record “What You Talkin’ Bout (I Ain’t Your Average Cat)”. If you ain’t got nothing nice to say, don’t say nothing at all. Beans should have thought about that before it had to come to this.

On one hand, I understand why he did the diss track. Hov did drop the entire label without much warning, leaving mad unemployed rappers in the wake; Beans, Freeway, Peedi Crack, just to name a few. But still, dissing the guy on wax was asking for embarrassment.

Jay never directly replied to Beans’ diss, and it ended up making the whole idea insignificant. Now that he’s saying sorry publicly, it’s only reminding people that he mad a fool of himself by doing so.

Whatever though, all the best to Beans’ career, and he’s still one of the top ten greatest gangsta rappers of all time.